Eickhorn RT III is a professional rescue knife made for fire-fighters and other rescuers and is perfect tool for any kind of rescue operation. The overall length of the knife is 27.0 cm and the weight is 250 g. 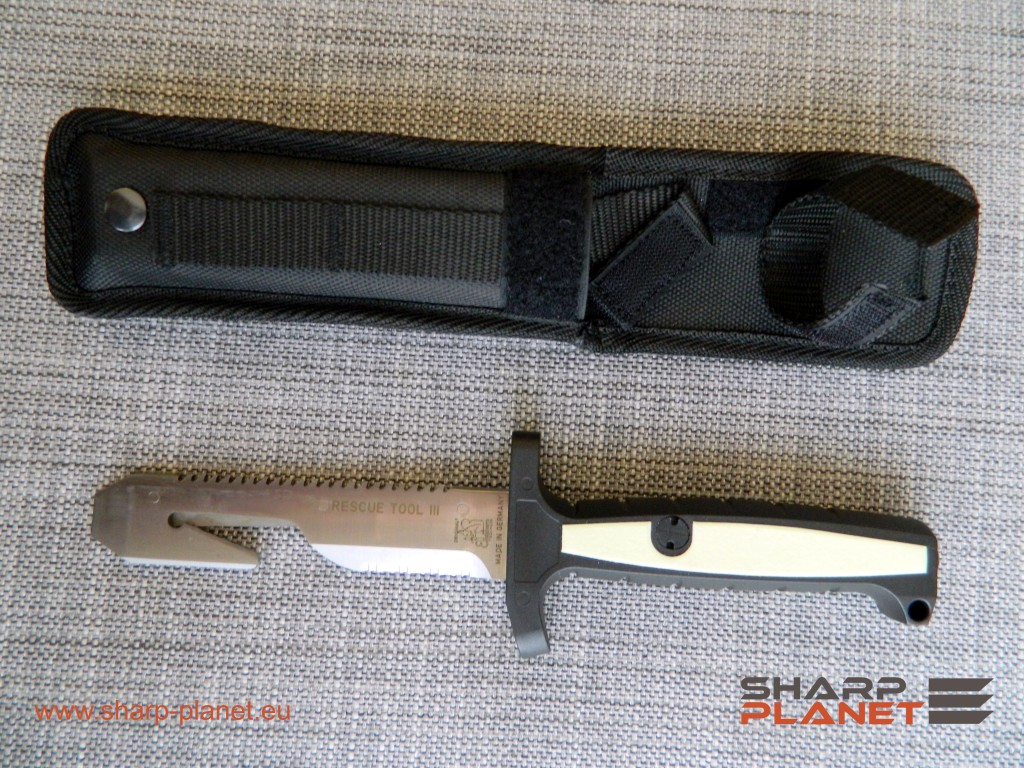 The whole length of the blade is 13.5 cm and the thickness is 4.7 mm. Blade is design specifically for rescuing. All knives of Eickhorn RT Rescue knife series are made for professional use; therefore also the blade shape is strictly purposive. 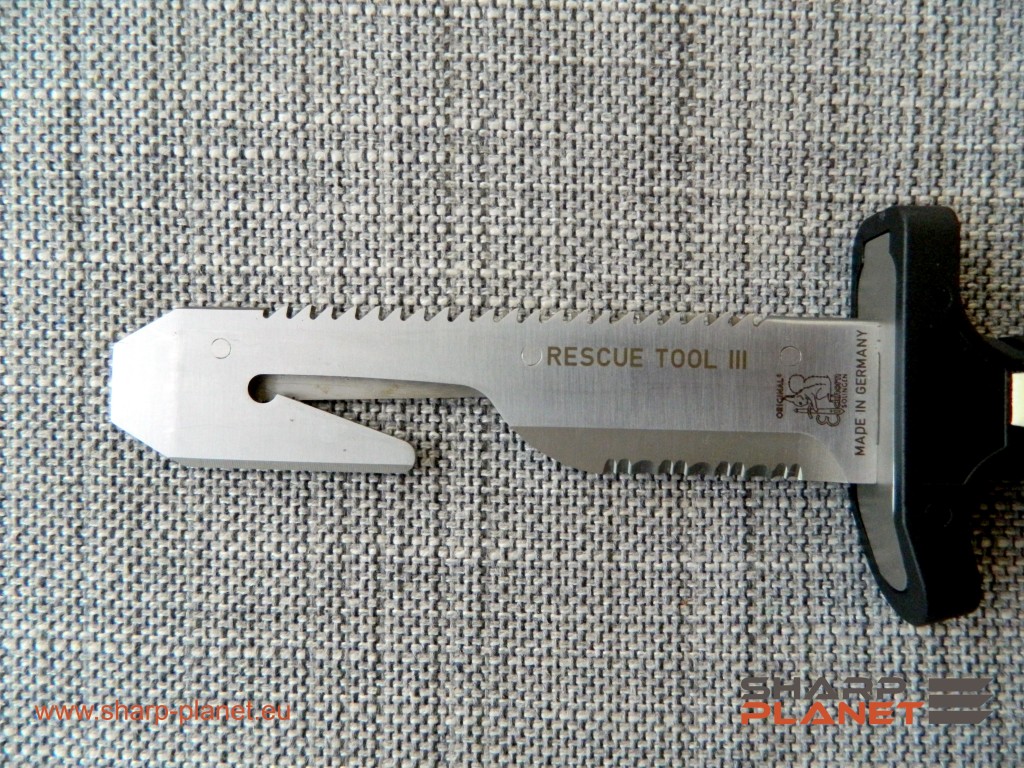 For reaching the highest possible effect with the saw, the saw has to be apple to cut in both directions. The Eickhorn knife engineers used two lines of saw teeth, each on separate blade plate. Saw teeth on different plates are oriented in opposite directions. An additional plane is fastened on a blade three with screws. The second plate is also a part of belt/rope cutter. The edge of the belt cutter is very sharp and enables fast and easy cutting. The angle of the cutter is approximately 30°. The first part of the blade has a serrated edge. 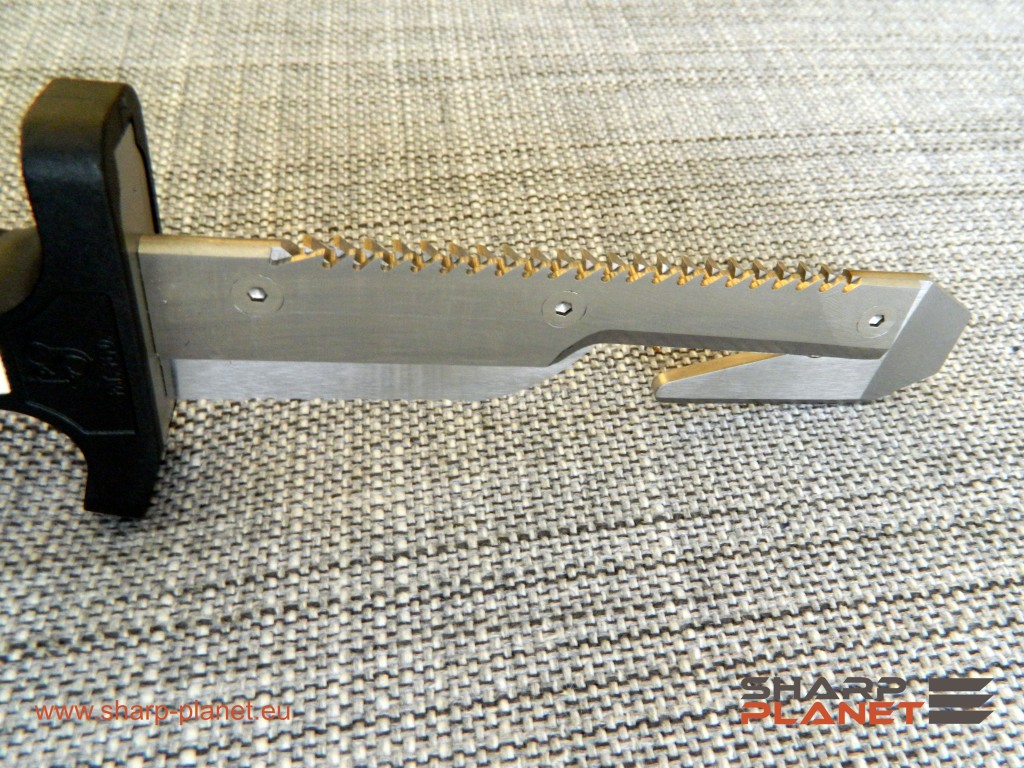 The end of the blade is designed as a heavy duty screw driver, which can open a wall hydrant (11 mm).

On the blade is Eickorn logo, a squirrel and the label that the knife is made in Germany – Solingen. 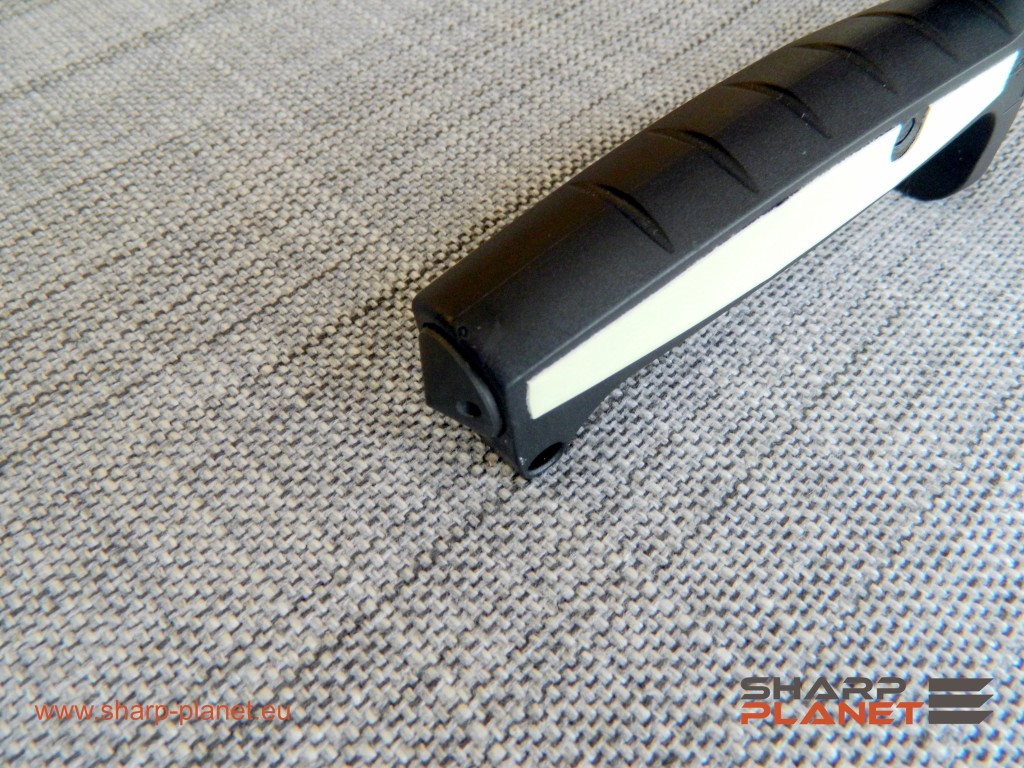 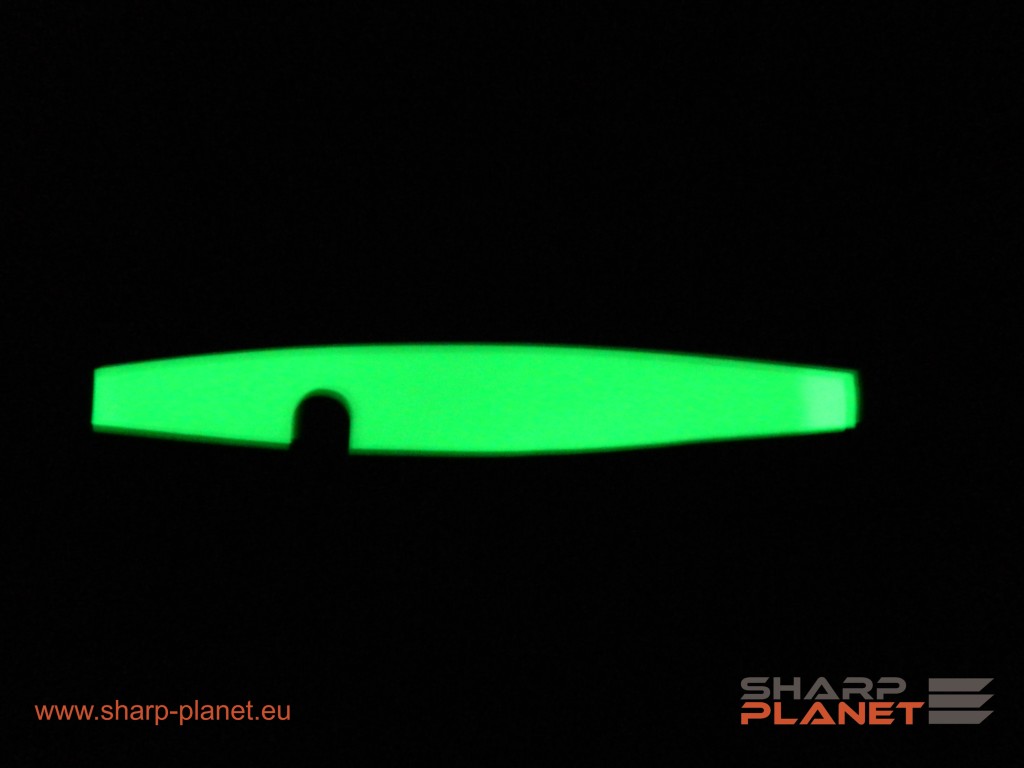 The glass breaker is located on the bottom the knife handle. The diameter of the breaker is almost as wide as the handle.

Eickhorn RT III comes with black Cordura sheath.  The inner part of the sheath, where the knife is placed is made of metal.  Sheath has a safety strap with a hook and loop fastening system.  A sheath has different options for fastening.