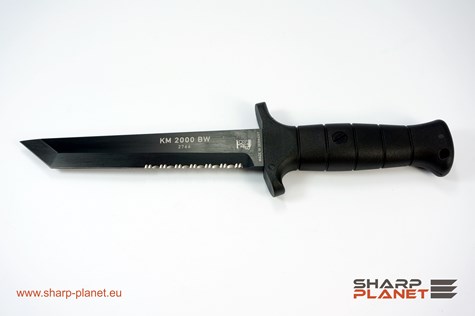 Eickhorn is word wide known company with a long tradition specialized in development and production of professional military, police and rescue knives. They also produce outdoor and survival knives. 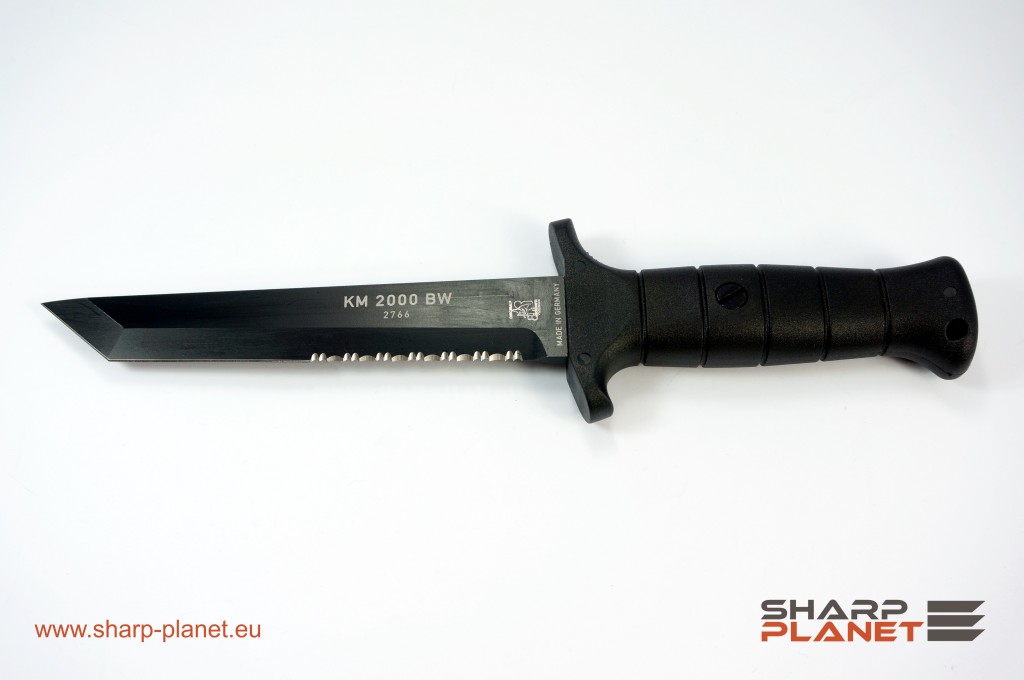 The blade of Eickhorn KM 2000 BW knife is has Tanto design. The end part of the blade has a classical Tanto shape; very pointy tip of the blade end and oblique but total straight end plane. The end part has a prism shape. The thickness of the blade is 5.0 mm; it is really massive and robust blade appropriate for any kind of stabbing, also through metal sheet, polymers, composite fabrics. Robust Tanto blade is also appropriate for other combat demands. The full tang of the blade goes through the handle to the end.

The blade has a straight spine and combo-serrated blade edge. The length of the blade is 17.2 cm. 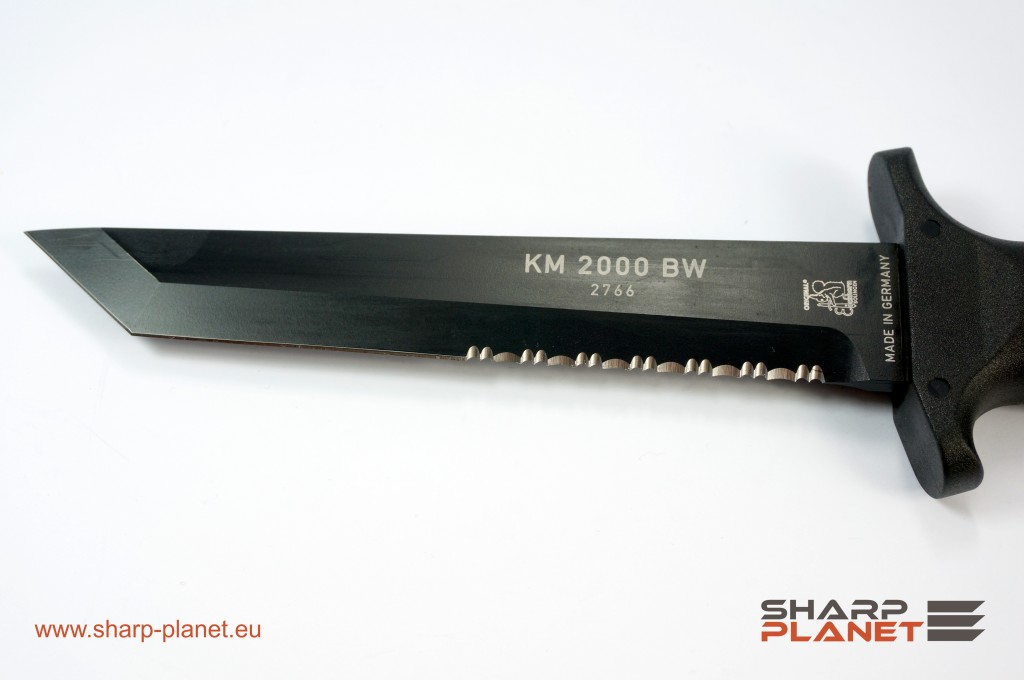 The handle is made of fiberglass reinforced polymer and has a black color. Between the blade and the handle is placed firm cross-guard, which uses in two different ways. If user uses knife for stabbing cross-guard prevents that the hand cannot slip on the blade edge and thus prevents the possible injuries. When the knife is used for cutting the cross-guard has ribbons where the thumb can be placed for better control over the knife. 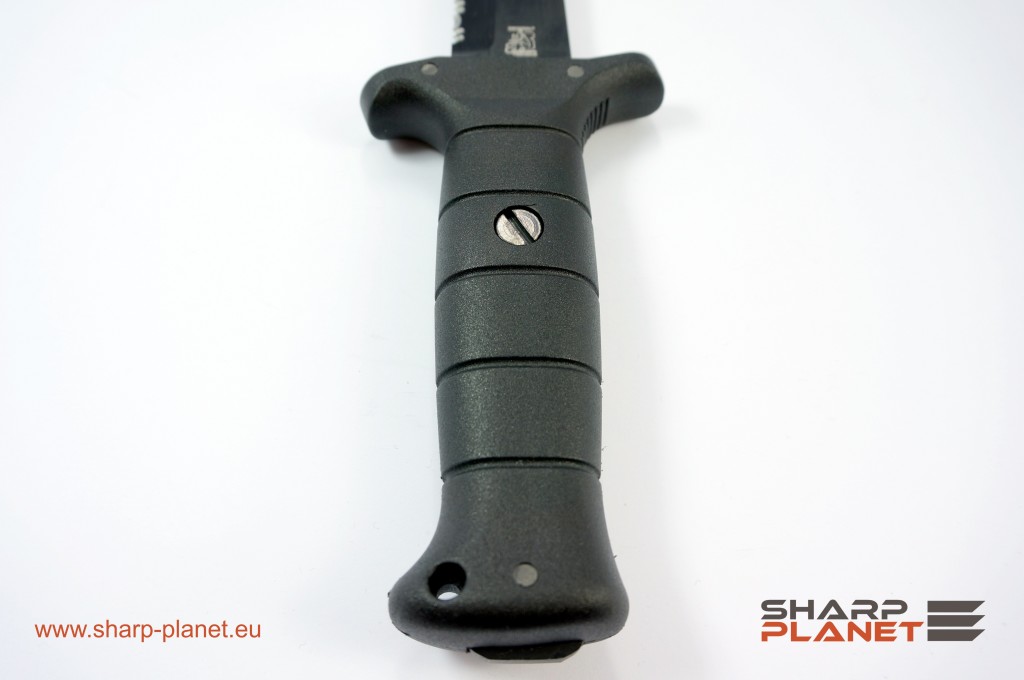 Handle is made of one piece and is fastened with a screw on full tang of the blade. For the better grip, the handle has textured surface and parallel ribbons around the handle. For attaching the knife the handle has also a sling hole. 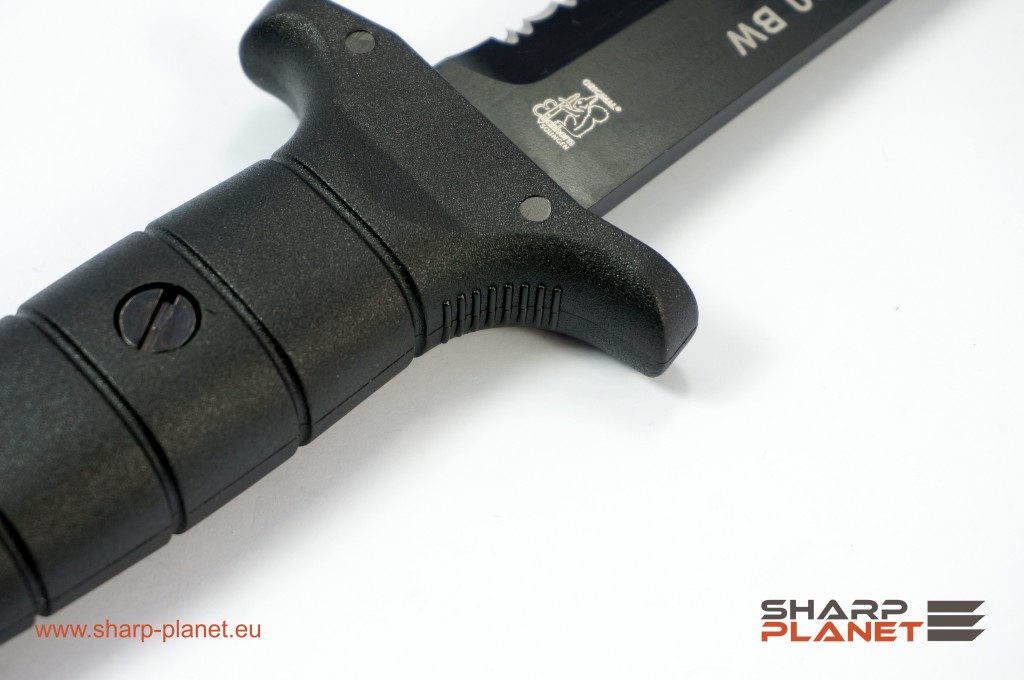 Eickhorn KM 2000 BW knife comes with a tactical MOLLE sheath, which is standard for all NATO forces carrying systems. Sheath is also compatible to German IDZ systems.  Knife sheath can be attached to tactical vest, trousers or rucksack.

The sheath of Eickhorn KM 2000 BW has a black color, is made of hard synthetics and is reinforce with metal frame. The sheath itself holds the knife in it very firmly; the strong pull is needed to take the knife out of the knife. However, the sheath has an additional safety-strap for fastening the knife. 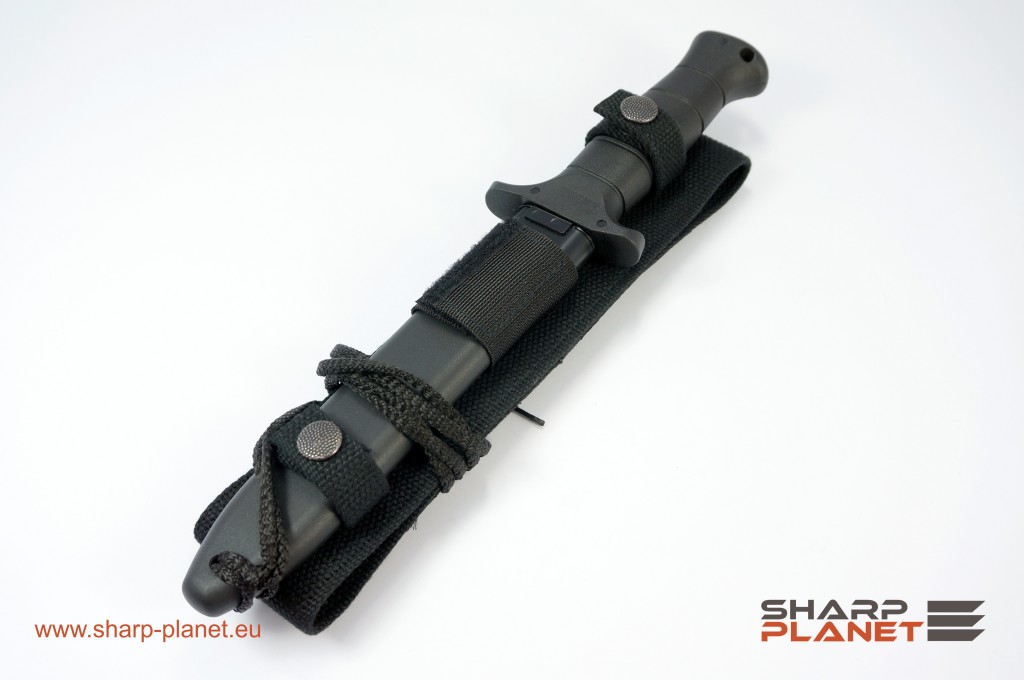