Eickhorn KM 3000 is a professional combat knife designed especially for military and tactical use. KM 3000 is a robust knife with overall length of 30.2 cm and weight of 330 g. 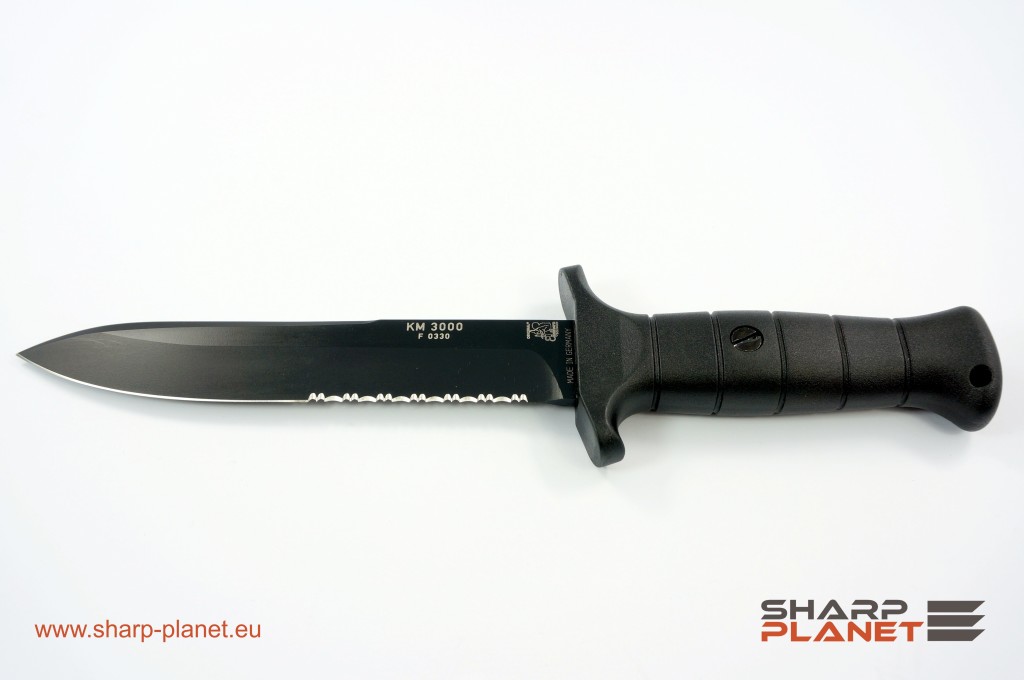 KM 3000 is a model of Eickhorn KM series, KM – ‘’Kampfmesser’’ is a German word for a combat knife.   Eickhorn Company is specialized in manufacturing of tactical, rescue and outdoor knives.

Below you can see a video review of Eickhorn KM 3000:

The blade has a drop-point design with similarities of spear-point blade shape. The blade is without doubt rough and robust; the thickness of the blade is 5.0 mm and the length 17.2 cm. The thickest part of the blade narrows at the end of the blade. The point of the blade is very sharp, which is common for tactical knives. The blade edge is optional; plain edge or combo serrated blade edge – enables faster cutting on the field; especially cutting of the plastics, textile, belts, ropes …

Could be hardened up to surface hardness 61 HRC but Eickhorn engineers made an optimum point with hardening and quenching on 57 HRC and retain good strength and toughness of the blade.

The table below shows an average chemical composition of Böhler N695 stainless steel.

Eickhorn KM 3000 combat knife has a black Kalgard coating, which does not reflect. Thus the knife is appropriate for any tactical operation, during the day or at night. 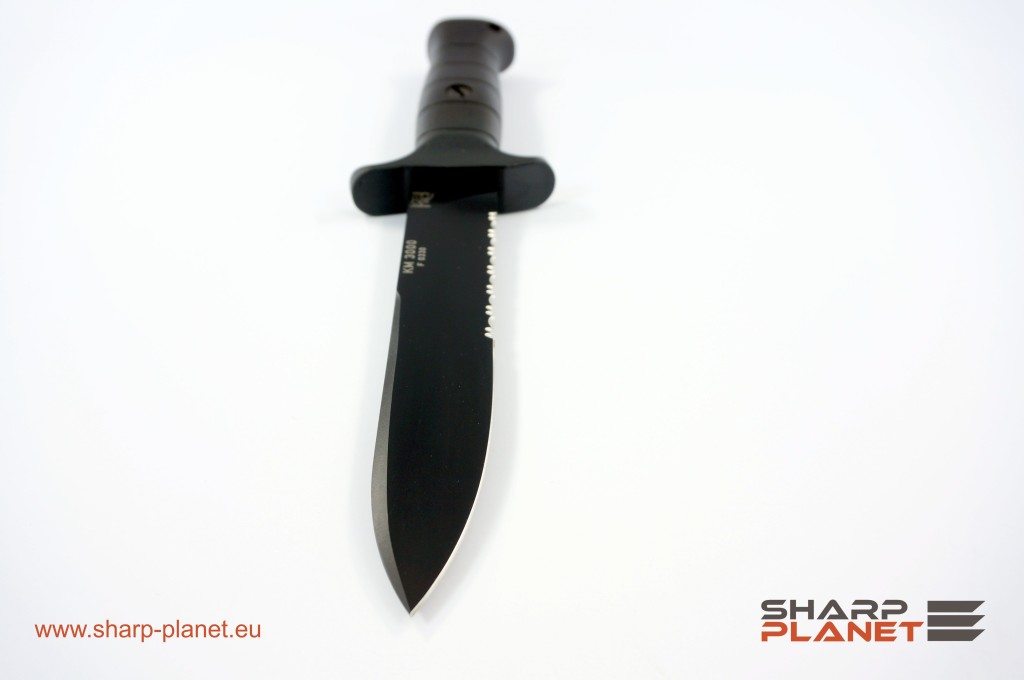 The handle is made of fiberglass reinforced polymer. The knife has also a cross guard, which prevents slipping of the hand on the blade. Handle has a cross ribbons and enables good grip and handling. On the bottom of handle is a sling hole. The handle is fixed on a tang with a strong screw, which enables replacing of the handle. The handle color is black. 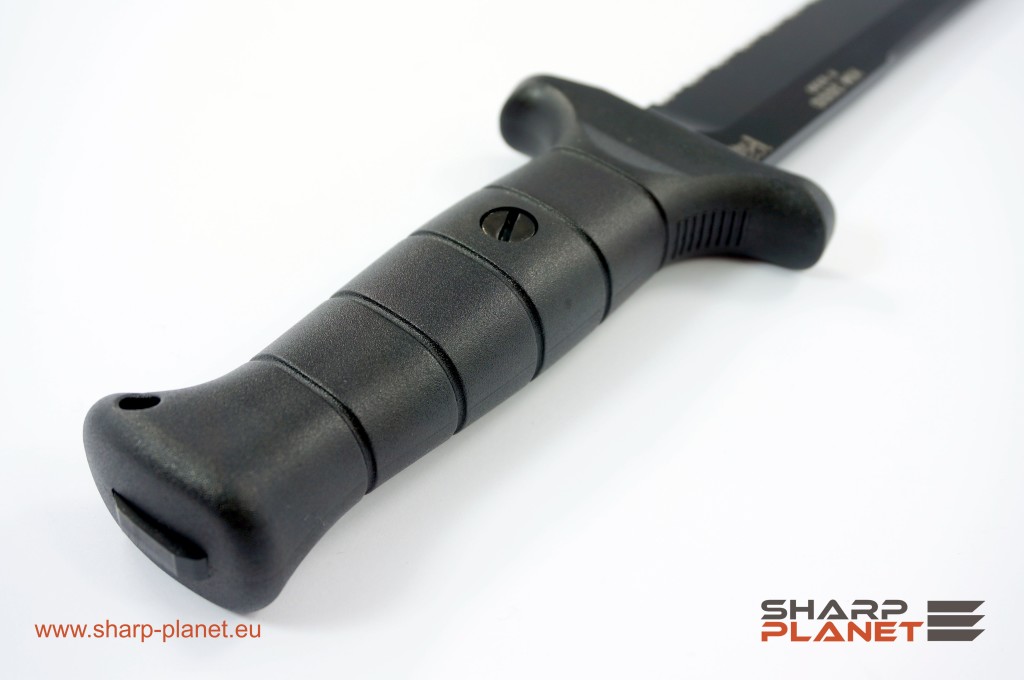 KM 3000 knife has a black tactical sheath made of hard synthetics. Part of the sheath, where the knife is placed is reinforced with a metal frame. Sheath has a safety strap for fastening the knife. Sheath of Eickhorn KM 3000 combat knife has a MOLLE system, which also fits to all German IDZ carrying systems. Sheath has also a black sling for additional fastening on a leg. 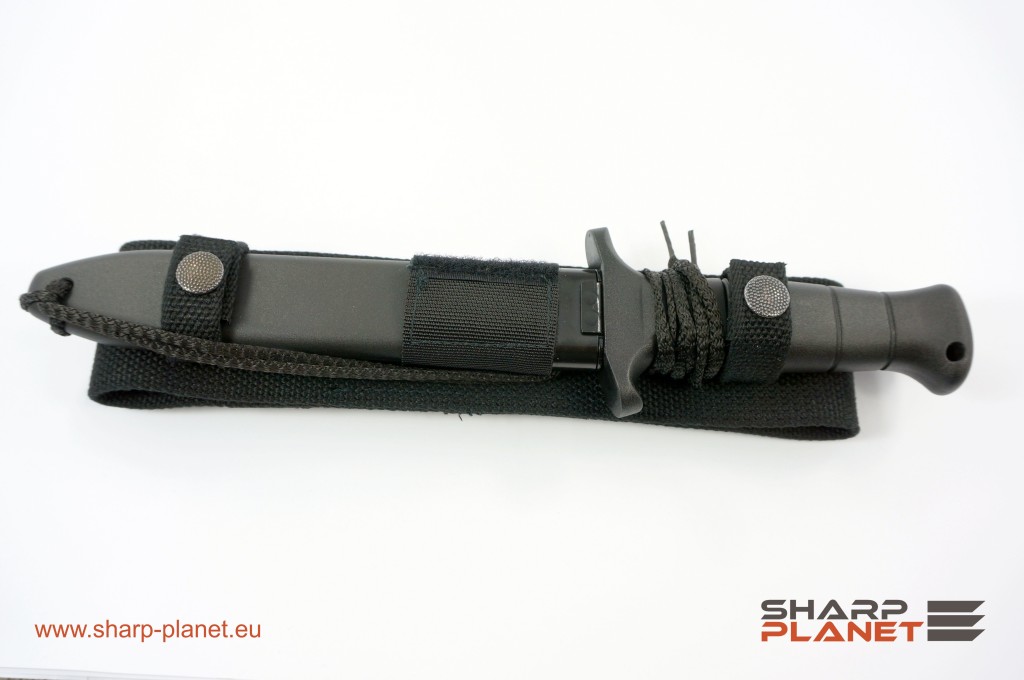 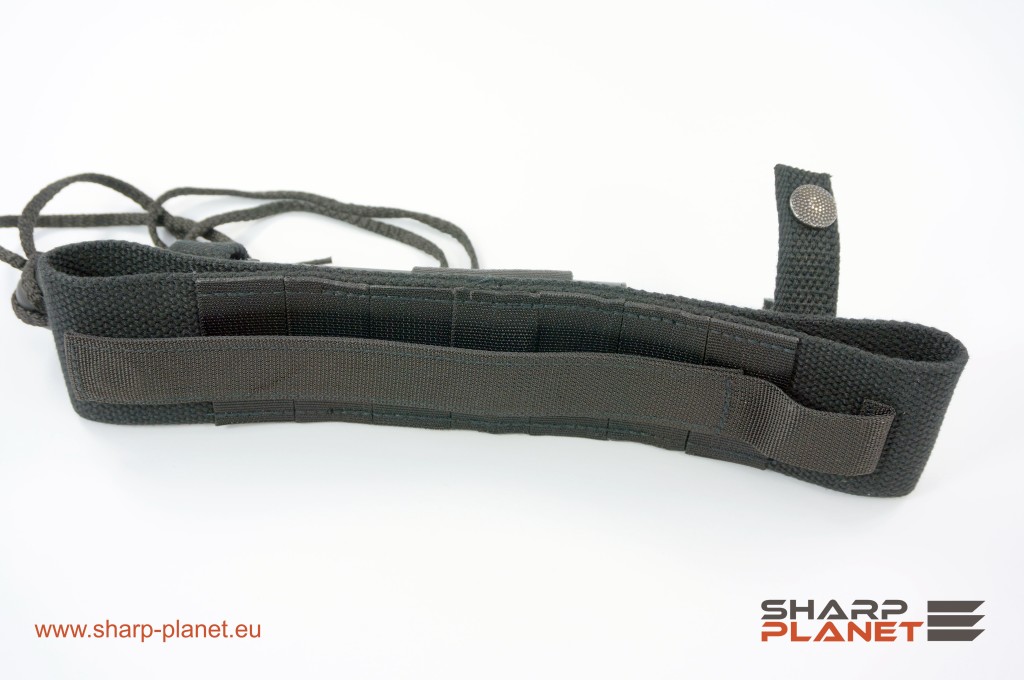